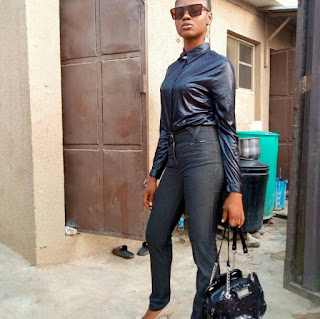 This young lady has angered the gods in her village by calling her father and every other men “shit” in a facebook post.

Eyes are popping at her comment which is going viral like the speed of light , and it is for a very odd reason.
Comment like these are rampant these days by ladies who in their candid opinion were treated like sh*t in their relationship. These ladies who have been hurt, call out these men, insulting them and calling them scum and other kind of unimaginable names.

The men in turn get defensive and attack the bitter girl’s father because of course he is a man too, and this sometimes escalates to a more verbal abusive fight on social media.

In this case, this particular Lady Queeneth surprised many when she agreed with the guy who got defensive by attacking her father.
The lady wrote ;

No man deserve loyalty they are all full of shit!
A male user in an attempt to defend his gender then replied thus ; Sorry don’t be offended, you mean your father too?
Queeneth blatantly replied ; YES. 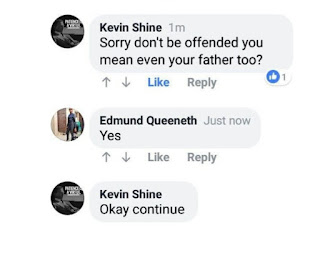