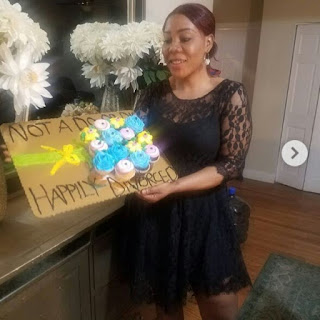 A mother of two beautiful kids, Uwaila
Agbonson, took to her Instagram handle as she
celebrate divorcing her marriage from her
husband, Emmanuel Arigbe-Osula.
She also published all the names of her
husband side chicks who ruined her home and
led to the divorce with her husband.

Dear Dupe Becky Alake, Marian Tandor just to
mention a few of the hundreds of you who
were flaunting yourself around my former
husband, Emmanuel Arigbe-Osula, I would like
to specially thank all of you on the winning of
y’all most priced trophy, Emmanuel. Indeed you
guys deserve some accolades. As y’all know, I
and Emmanuel have ended our marriage and I
decided to keep it on the low as possible as I
can because you all know that I don’t entertain
long talks.
Now that everyone is aware that my former husband who has been cheating on me
with you whores, you whores still won’t let me
be despite me leaving his cheating ass for you
lowlife bastards, I have decided to speak up.
Emmanuel takes my kid to hangout with you
people and I considered that a total
disrespected to me and on my children and I
will not allow that anymore.

I was enlighten by the court on freedom of
association and that I have to allow Emmanuel
spend time with the kids. If there was anything
I could do to save my relationship with
Emmanuel ,I would do it, but unfortunately the
kids are involved. Now get this into your dumb
head, my children are not allowed to be seen
around worthless cheap slot like y’all who took
part in the destructing of their home. Marian,
Dupe and others. DO NOT MESS WITH MY
CHILDREN! STAY THE HELL AWAY FROM MY
CHILDREN! MARIAN, GO AHEAD AND BEAR
YOUR OWN CHILDREN FOR EMMANUEL. As for you Dupe, I understand that the child you had
out of wedlock is in a desperate need of a
father and she have been calling Emmanuel her
dad based on the fact that he has been
patronizing your ashawo talent for the past 2
years and now she is 9 years old.
Now that I have divorced Emmanuel, I will
advice you guys to be careful because I don’t
joke with issues relating to my kids, I can kill for
them.

Dupe, you really took matters into your hands,
you insulted me and you even fought with my
friends including innocent girls over Emmanuel
as if he was your husband, I kept quiet and
watched from the background, I never said a
word to you. You went as far as sending me
messages and pictures confirming your
relationship with him just to spite him when
you heard he was trying to sleep with your
cousin. I remained mute and left instead. I’m
happy you guys were able to settle the matter in the end. The only thing I told your sister
Funmi was that she should inform you that I
will finally leave the marriage for you to come
in and I kept my promise.

As for you Marian, I feel very sorry for you just
the way I felt the I saw you in Emmanuel’s old
apartment. We just packed out from that
apartment into a new house but I was still
getting my mails through that address. I went
for my mails on that fateful day and the person
I saw was your miserable self. I was shocked
and out of the anger in me I took the keys from
you and chased you out of the apartment. I still
have the video of the whole scenario on my
laptop till this day. I got a call from Emmanuel
and he told me he was going to ask you to call
the police on me if I do not allow you into the
apartment because it’s only in Africa that
woman act in an old fashion manner just like I
did with you….lol.
Few minutes after the whole thing, I called you
Marian to come and get the keys and I can
remember you said “ I am not coming , I am
just going to the locksmith to break down the
door so I can get my things out”. I gave
Emmanuel’s niece the keys because he was
with me that day and he gave you the keys and
you were allowed back in the apartment were
you and Emmanuel have converted to your
cheating camp up till this day. I made up my
mind to separate myself with any issues
involving whores like you because the mess of
a marriage was too embarrassing to talk about.
The most disgusting thing of it all is that Marian and Dupe know each other as they have both worked at the same company with Emmanuel.
Both of you should be ashamed of yourselves, I
have never seen desperate girls like you two
shameless entities. You guys are a disgrace to
womanhood and that is one of the reason why
my kids should not be seen around neither of
you.
Go get a fake account and get updated on my
next post with pictures and videos on the
continuation of this story. 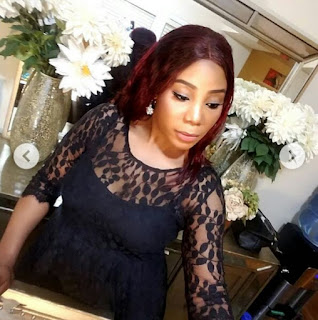 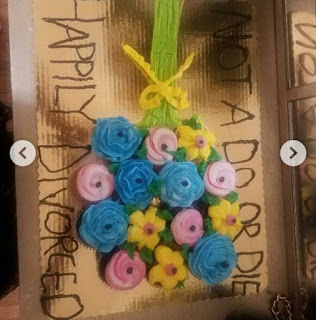