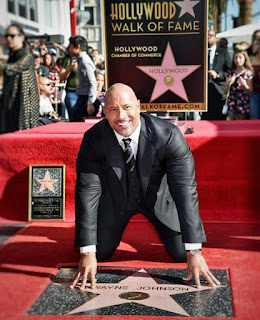 WWE superstar on Hollywood actor, Dwayne Johnson, professionally known as The Rock, as express his intentions to run for the US presidential seat  but just not in 2020.

In a recent interview, the actor said his political ambitions are still alive and he would want to rule the United States of America.

Dwayne Johnson is among those celebrities against Trump’s leadership and he has a bold claim that he can do better than Trump if elected for the position.

According to him:
Who wouldn’t want to have me as their president. In my opinion, America needs leaders that will say the right things and not hurt people with the wrong speeches. My political ambitions are still alive and my intentions to run for the presidential position is very much in my plans but i don’t think I’m prepared for it in 2020.

Jay Z also express his intentions to run for the position some time ago.
Seems every entertainer wants to rule the US and various intention have been coming out from different individuals ever since Donald Trump came into power.