After years of bad blood between the mo’hits crew following their breakup several years ago, the crew were reunited at davido’s 30billion concert in lagos. The famous group which consist of the likes of don jazzy, d’banj, dr sid, kayswitch, wande coal and ikechukwu performed once again after years of feuding. The concert was bigger as expected, but the reunion of the mo’hit group was surprising and unexpected. Big ups to davido for pulling this up. Other performances was by star boy record boss “Wizkid”,who performed his hit single “manya”two days before he ended his feud with davido. Humble smith, tuface and others, also performed in the concert. Can we say the mo’hit crew are finally back to doing music….? Let’s hope so 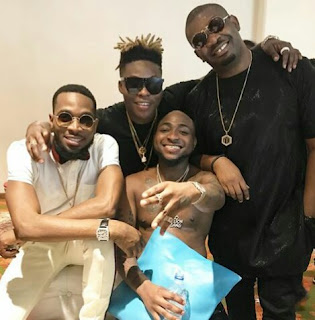