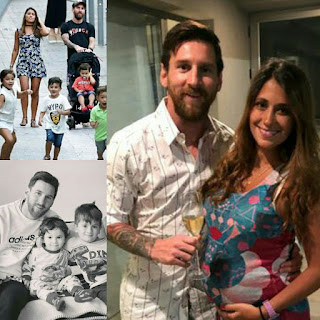 Barcelona and Argentina super star, Lionel Messi, is now a father of three after his wife Antonella gave birth to a baby boy yesterday.

Messi broke the news to the internet as he thank God for the safe delivery of his third son named Ciro.

Messi posted on Facebook and on Instagram ” I thank God for the safe delivery of our child, Mother and son in good health”.

Before the birth of Ciro, Messi and his wife announced earlier that they’ll be expecting a third son.

Antonella shared this picture of her family on instagram 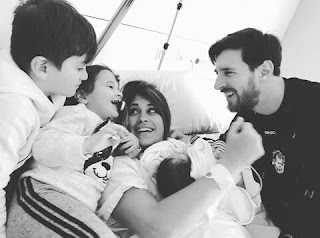 Messi missed the game against Malaga yesterday,  to be with his family. The game ended in 2-0 win for Barcelona as the coach said it was a gift from the club to their super star.

Football icon, Diego Maradona, congratulated his fellow Compatriot on the arrival of his third son.