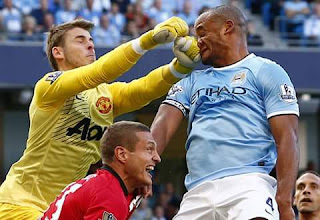 Take several sits and chill as the world’s most watched league takes a bow today. There’s a lot at stake to play for today as both Liverpool and Chelsea will be fighting for a spot in the top four so they could secure a chance to play in the champions league next season.

Liverpool welcomes Brighton Hove Albion to Anfield, as Chelsea travel to Newcastle for a must win game.
Liverpool are currently sitting on the fourth position in the league table, while Chelsea are fifth in the table with just two points separating the two teams. Chelsea will have to win and hope Liverpool lose for them to qualify for the Champions League.

Liverpool blew up their chances to go ghost and to avoid any last day drama as they drew 0-0 with an already relegated stoke city Last two weeks and they also lost away to Chelsea 1-0 at Stamford Bridge last weekend. If they fail to win today and if Chelsea emerge victorious against Newcastle, Liverpool now have to win the UEFA Champions League final in two weeks against current holders, Real Madrid in Dynamo Kiev.

Manchester City are already the crowned champions with 97 points and a game today against a struggling Southampton side who are fighting not to be relegated. The shark team will want to reach a 100 point landmark and Southampton will be playing for a win so that they can secure another season in the topflight next season.

Arsenal have nothing to loose as they sit comfortably in the sixth position after they crashed out of the Europa league semi finals. With the manager, Arsene Wenger announcing earlier that this will be his last season in charge of the team after 21 years in charge, the gunners will be hoping for a better season next season.

At the bottom, Stoke City’s relegation has been confirmed, but Swansea  City and West Brom will be hoping Southampton losses today and also try their best to win their matches today so that qualifications will now be calculated base on goal differences.

Manchester United, Tottenham and Everyone will be looking forward to play normal football as nothing is at stake for them in their respective fixtures. Both Manchester United and Tottenham Hotspur have both secured their spot in the champions league next season.
Both teams will be looking forward for a better outing next season as they were both dumped out in the round of 16 of the champions league earlier in March.

Manchester City will be looking forward to clinch the 100 point landmark and Liverpool’s Mohammed Salah is just one goal away from setting an all time record as been the league’s highest scorer in a 38 game season.

All games kicks off the same time today..