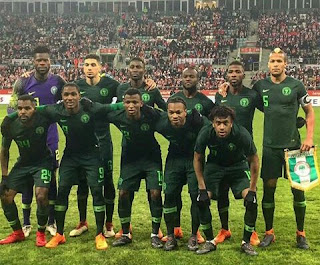 The Super Eagles of Nigeria played the last game of the march international friendly against Serbia and they were swept away 2-0 in full time.

The eagles entered into the game with full confidence following their 1-0 victory over Poland in the previous game.

But it seem the Serbians are no push over as two goals in eight minutes in the second half, ensure their victory against the former African champions.

The first half ended in a goal less draw, as both side defended very well. But in the second half, the

Serbians applied a wining formula against the eagles.

The players will all return to their various club as preparation for the world cup draws to an end.

The two friendly games played by the eagles are to prepare them for the world cup in June as they’ll face Argentina, Iceland and Croatia in the group stage of the tournament.