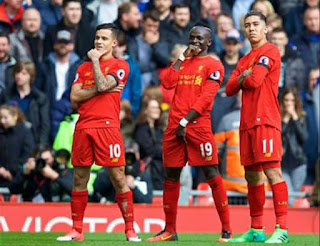 The premier league took a bow yesterday after a 38 game run. Liverpool’s Mohammed Salah sets a new record yesterday as he is now first and only player to score 36 goals in a 38 game season. It’s an incredible milestone for the player and even more incredible that this is just his first season with the club. In the race for the top four, Chelsea fell short to secure a place in next season UEFA Champions League as they were dismantled and destroyed by Newcastle 3-0 in full time. Chelsea needed to win and hope Liverpool loosed against Brighton, so they can secure their spot In the top four. But unfortunately, things didn’t worked out as planned as Liverpool cruised pass Brighton 4-0 in full time.

Manchester City reach the 100 point landmark as the defeated Southampton 1-0 in a very tough fixture. Though Southampton lost the game, they were not relegated as both West Brom and Swansea lost their matches yesterday.

Tottenham Hotspur scored five goals against Leicester as they won 5-4 in full time, despite conceding first in the game. Manchester United and Arsenal ended their season on a high as both clubs won their respective fixtures.