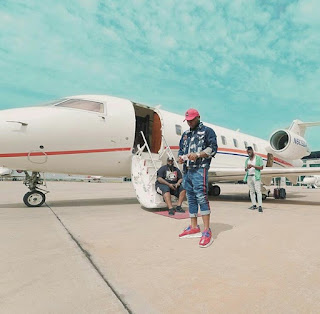 Davido has come out to express his confusion over the dynamic behavior of his fellow Nigerians.
The Superstar  musician, who has been on the headlines for all the good reasons and also for lavishly gifting his newly found love, Chioma, with a 45million naira Porsche, has taken a break from that as he rushed to his Instagram handle to share his dilemma.

On his post, the musician wondered why people are so confused and unstable. He said people will laugh at you and call you all sort of names when you’re poor, but when you become rich, they’ll be the first  to lash out at you as been proud. 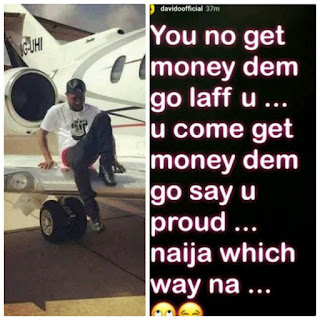 However, Davido came out last week on social media that he was about to become the youngest nigga with a private jet. But a certain media outlet came out and called that update from Davido, thrash and that he is not financially capable of securing a private jet.

Davido revealed earlier that his new  jet would be arriving Nigeria in the coming weeks. 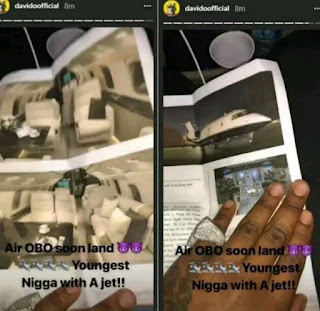 The media outlet that called out Davido, TheCapital, reported that what David said about purchasing a jet were all formalities  and that Davido didn’t buy any private jet neither did he have any intentions of acquiring one.

Here’s what the media outlet said concerning the issue;

One of our most reliable source has exclusively revealed that what Davido went on air to announce is actually “fractional ownership” in which his financial commitment in the arrangement is meagre while the major financiers have chosen to withdraw their involvement to give Davido conceded prominence.
Our source also stated that, conceding prominence to Davido in the private jet ownership is part of a business deal to make the artist very bankable in the entertainment industry. This arrangement is to present the artist as a viable brand with a view of securing lucrative deals from multinational businesses, countries and other foreign entities.
Those involved at the vanguard of the jet ownership narrative are said to have agreed on a specific percentage with Davido when the deals start pulling through. The jet upon delivery would be deployed to Davido’s peripatetic needs and those of others involved in the deal. TheCapital has exclusively obtained information on a good number of top Nigerians on this membership plan but whom have been reported to be jet owners.