Superstar Nigerian musician, Davido, arrived at the Lagos state NYSC camp today for the swearing in ceremony. The atmosphere at the Iyana Ipaja orientation camp of the National Youth Service Corps (NYSC) became rowdy at the arrival of the pop star as he stepped out of his car.
Davido who missed the initial stage of the official swearing in ceremony caused a stare as he drove his white Mercedes Benz GLE 450 marked POLICE PF 413SPY into the camp.

The singer told newsmen he has strong passion for the scheme and would adhere to camp rules and regulations. He expressed happiness wearing the service uniform, saying that as a young age Nigerian he would not want to miss the opportunity to be part of the service year.
During the ceremony presided over by Governor Akinwunmi Ambode, a total of 2,152 corps members commenced the 2018 Batch B Stream Two orientation training exercise. The batch comprise of 1143 males and 1009 females. 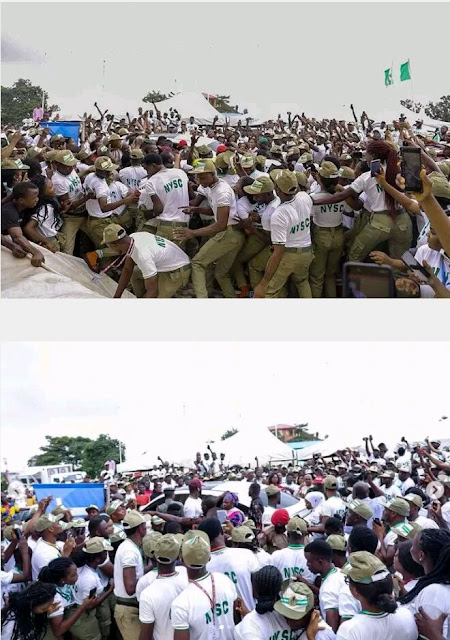 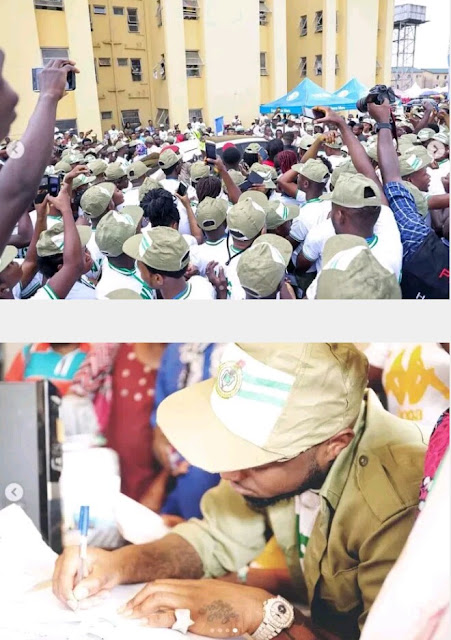