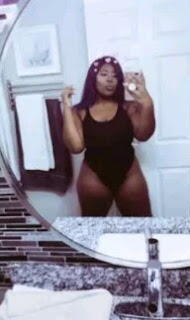 Lots of young people nowadays have admitted to finding true love with older partners, and all cases, these older partners are very rich and most people in their opinion say that it isn’t love but the money that they can extort from these older people in exchange for their love and companionship. People with these kind of view are actually not far from the truth as in most cases, these young people who date older partners have agreed that they’re in it for the money.

This young 19-year-old Black American lady has taken to her Twitter handle as she shows off the luxurious house her rich older partner rented for her.

She tweeted photos of the house and wrote;

” I’m 19, moved to FL w/ 18 months paid in advance, thanks to my Sugar Daddy. Hop on the movement ladies. #TrustGodsPlan. 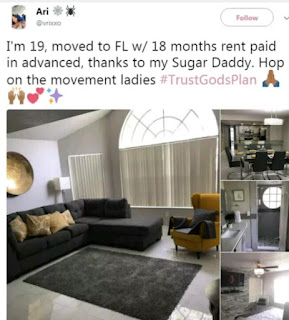 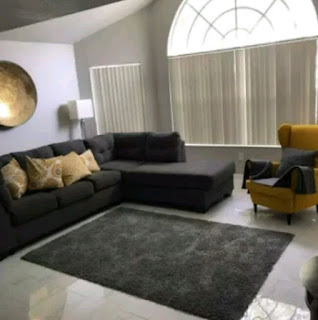 Many people find it bizarre as she called it God plan but the reality of these kind of relationship is that these young people don’t care about anything but the money.

Though she’s just 19, one would wonder what would a girl of her age want to do with such house.

In Africa, dating older partners is the new trend. Most young guys marry these old white women just so they can have a green card to stay abroad and search for greener pastures. And in these cases, the age difference between the partners is usually between 60-50 years. Most young girls in school don’t even beep their parents anymore because there’s this married man taking care of them.

There have also been some reported cases where these young people are being used for fetish purposes by their older partner.
Nowadays, dating older partners doesn’t sound wrong because those involved have a million reasons to give you, if you so care to know why.
Most of these older partners have wife and children at home, but according to them, they need young blood, others have well past the age of starting a romantic relationship so they buy the younger people’s love with money and promise them fortune. A hungry and desperate youth will not find it appalling but rather consider such offers as an opportunity.